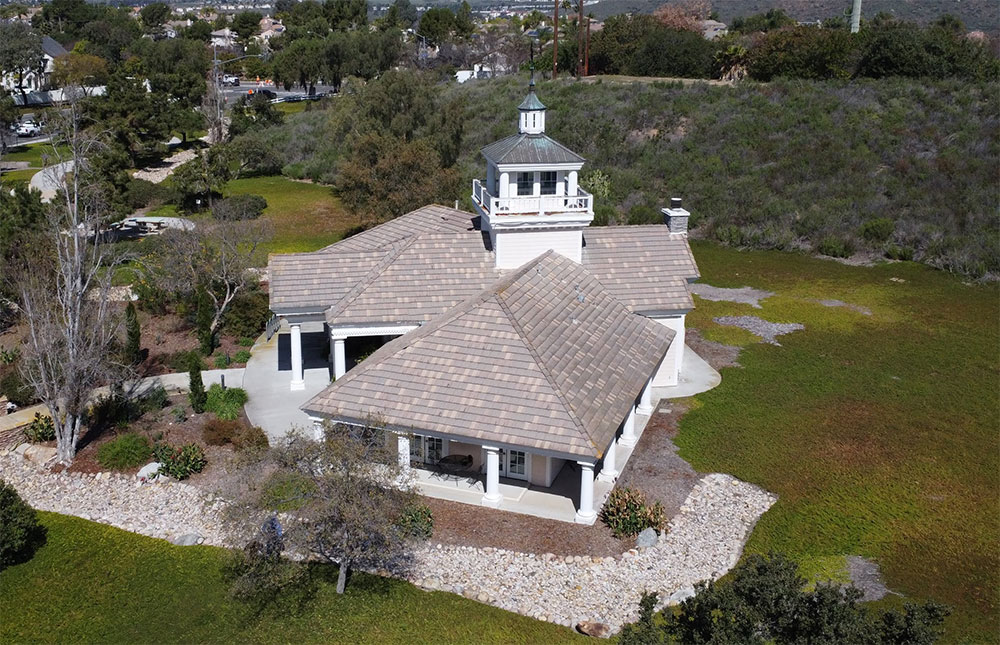 After a series of public meetings, it was agreed that the Butterfly Garden pocket park was the best relocation site. The building was subsequently cut into three sections, transported east down Scripps Poway Parkway, and reassembled at this site. The fireplace, columns and cupola all looked exactly as it had for the previous 6 years. The building was officially opened in September 2000 by Mayor Susan Golding as the Scripps Ranch Community Service Center.

The center has the E.W. Scripps Meeting Room, which is the area under the cupola, and the Nackey Conference Room, which is located in the eastern wing of the building. E.W. Scripps was the founder of Scripps Ranch, and his photo can be seen above the fireplace. The Nackey Room is named after Nackey Scripps Meanley, the daughter of E.W.Scripps, who lived in a home on the top of the hill overlooking Scripps Ranch Community Center.

In 2009, the City of San Diego decided to shutter the Community Service Center due to budget issues. The Scripps Ranch Civic Association stepped in and negotiated a Use Permit with the City to keep the center available for community meetings, and renamed the building “Scripps Ranch Community Center.” The City still uses office space for the community Park & Recreation Supervisor and the Maintenance Assessment District Supervisor. The Scripps Ranch Elder Care Alliance also now has office space within the center. The Miramar North Planning Committee and a number of Scripps Ranch homeowners associations, non-profits, clubs and community service organizations hold regular meetings in the center.

Events including food and/or beverage service are generally referred to other venues. The Community Center is available 7 days a week. Use of the Scripps Ranch Civic Association Community Center and its meeting rooms can be reserved by contacting [email protected].  Some events are “tentative” and some may cancel so we encourage you to send us an email to confirm if there is date/time available for your event.  Please do not contact any of our users, we will for you.